Warning: "continue" targeting switch is equivalent to "break". Did you mean to use "continue 2"? in /homepages/8/d136197924/htdocs/01Websites/OmniAgent/wp-content/plugins/revslider/includes/operations.class.php on line 2854

Warning: "continue" targeting switch is equivalent to "break". Did you mean to use "continue 2"? in /homepages/8/d136197924/htdocs/01Websites/OmniAgent/wp-content/plugins/revslider/includes/operations.class.php on line 2858

Warning: "continue" targeting switch is equivalent to "break". Did you mean to use "continue 2"? in /homepages/8/d136197924/htdocs/01Websites/OmniAgent/wp-content/plugins/revslider/includes/output.class.php on line 3708 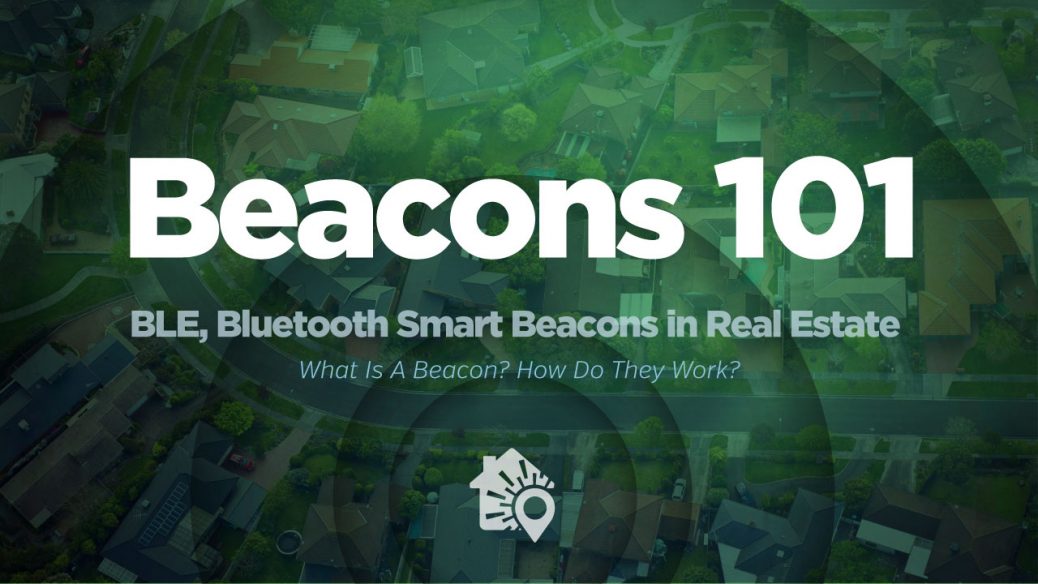 Bluetooth and other proximity beacon based marketing sensors are changing our world. It’s 2018 and this is how real estate agents are using this technology in the real estate industry for lead generation. 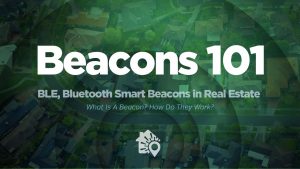 Hello, hello I’m Travis Webster with OmniAgent and I’m very excited to be sharing this with you. This is the first of a series of (3) three videos that will walk through what we do at OmniAgent and kind of just the technology that we are making available to you right now. If you already know what a beacon is and what it is capable of, go ahead and jump to either the “Proximity” video or the “Interactivity” video. Those will demonstrate more about how we’re using this and what is available to you right now.

This video right now is all about just the idea of a beacon. If you’re not familiar with what bluetooth technology is doing in the beacon world or you don’t know what a beacon is and what it can do for you. This video is just an introduction to that to show you what is is, how its working and why we chose to create OmniAgent and turn it into an incredibly powerful platform for real estate agents and the real estate industry.

What Is A Beacon and Bluetooth Smart? 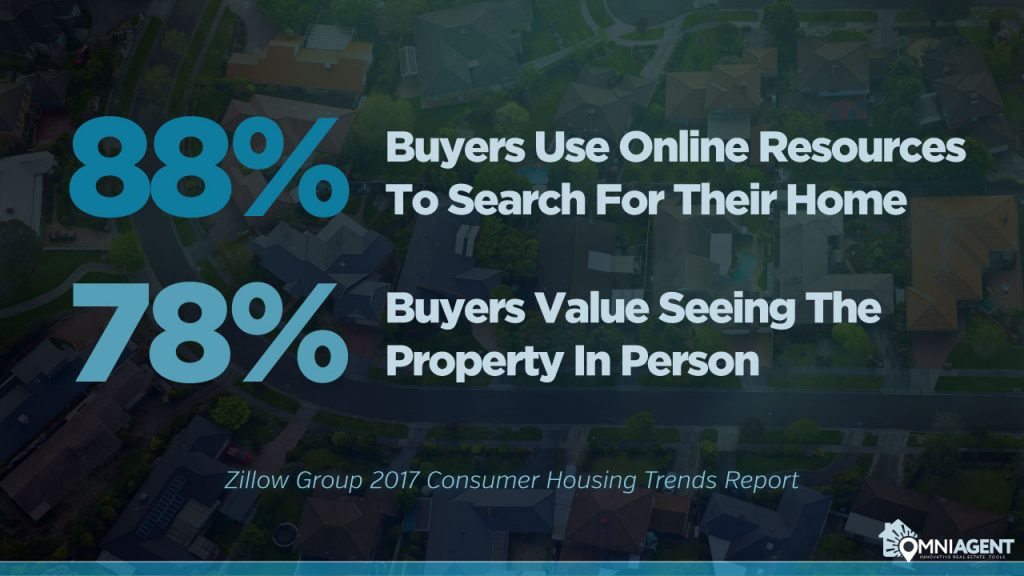 So, we can’t really talk about what is a beacon without first talking about what is Bluetooth and how it has evolved. If you remember early 2000’s to about 2012 Bluetooth was sort of all the rage and then if became a very clunky technology, a wireless way of pairing things. You know, we had our smart devises that weren’t quite totally smart yet and we had to get really close and you had to pair; and we had to have passcodes; and once you got it paired it kinda drained the battery as you had it on looking for things. There wasn’t a whole lot of things to connect with except if you had a lot of money to spend on a high quality speaker system or you wanted to pair with a projector screen or something like that in the corporate world. And is was just real clunky. About 2012 – 2013, Bluetooth finally realized it’s potential. They saw all of the ways that companies and innovators were using their technology and decided to do an entire technology brain transplant. So they took out all of the old stuff that wasn’t working and then took all of the old stuff that was incredible and they transferred that over to what we now know as Bluetooth 4.0. Which has now been coined, because of how quickly its being integrated and adopted as Bluetooth Smart or Bluetooth Smart Ready might be how you know Bluetooth in your device right now. Essentially what this is, is an incredibly efficient Bluetooth wireless technology. It allows you to connect with local things that are within proximity to you. When Bluetooth is turned on it will look for those devices and if it finds a device it will instantly connect automatically and start sharing as long as you are paired with that. Then as soon as you go out of range or are not using that application of specific device, Bluetooth is now smart enough to know its not using that and will go into a hibernation mode. Essentially extending the life of it and making is way more efficient than wireless wifi and a lot of the other technologies that are out there because it is able to know when you’re using it and know when you’re not using it. You will know this as Bluetooth Low Energy, BLE or BTLE is what its been commonly called as we’ve been developing this. It is here to stay. Every aspect of our life right know is using some form Bluetooth. If you have a smart device that is Bluetooth Enabled, you know what I’m talking about. When you get into your car, it connects to your car. All of your communications are shared via that. You’ve got earbuds that are connected to bluetooth now. Apple is now integrating bluetooth only headsets. They’ve gotten rid of wires and are using this Smart Bluetooth. The speakers in our house, the TV’s in our house, other smart devices, our watches, video cameras are now Bluetooth enabled. It is incredible how much this technology is taking over our lives. So we saw a very powerful implementation of this and started to see that people were starting to use this as a proximity tool and the ability for it to become a very powerful proximity tool in the real estate industry.

So, This is what a Bluetooth beacon looks like. It’s a tiny little microchip thats got beacon technology embedded in it and it has one purpose, which is to send out a Bluetooth signal to anything around it just like a light house sends out a light. It is not capable of receiving data. It is not capable of collecting data or storing data or sharing data. It only sends a signal out to nearly any compatible device that is around it. Anything that is a smart device that is Bluetooth enabled, these tiny little beacons have the ability to share with it. Just to make the difference, you have Bluetooth on your phone that is capable of sending and receiving, storing data and pairing with things. The Bluetooth beacon only has one job and that is to send out a small signal. Those signals can go anywhere from 10 to 50 to 200 feet. Depending on how you program them, you can make the as close to proximity if you want them to communicate to something that is extremely close to you. Or, you can broadcast out, a signal of your choice to anybody or any smart device that is within 200 feet. This is incredibly powerful, because lets say that you are inside of a shopping mall or something like that and you want to share a message that could be a video or a facebook page. It could be, you know, whatever you want to program it to say. Then you want to share it with anyone that is around you in that shopping mall. Anyone within 200 feet that has a smart device is going to be able to see that message from this little beacon. They can then choose to respond or react to it however they want to, depending on if its interesting to them. Ours that we use here at OmniAgent are about the size of a quarter. Beacons now, come in all types of shapes and sizes. They have some that you can plug into the wall, that you can plug into your computers. They have some that are powered and not powered. Ours are about the size of a quarter. They are incredibly pocketable and mobile. They come with a 1 year watch battery. So, our beacons can be programs to 200 feet out and run for 24 hours a day, for an entire years without ever having to replace a battery. The battery is a simple watch battery that costs about ($1.50) a dollar and a half at any local convenience store. You just take the old one out and put the new one in there. I don’t know of any other technology out there that works based off of proximity that you can deploy as an advertising and marketing tool that will advertise for you24 hours a day and slave away for you in the hopes of getting a lead capture or getting your message out and do it for a year straight without having to be replaced. But, the amount of ROI for a dollar a year, I can’t imagine any other technology or advertising platform that can even come close to competing with that.

Getting Started With Beacons And OmniAgent Pro Beta

And, So, how are we using these in OmniAgent? There’s two (2) more videos, we’re going to do a series of videos that if you’re interested in seeing what we’re doing with it and what we’re offering as a tool to you (that we’re releasing as a Beta right now) then go ahead and click on the “Proximity” video that we have up or the “Interactivity” that we have up. iIf you’re interested in seeing how we are using beacons as a tool through OmniAgent, what we produce and what we are releasing as a Beta right now. We have a Beta release for if you are in Central Florida or you are a Central Florida Real Estate Agent, or you’re outside of that area. We have a Beta release to you right now that will get you onboard and let you experience all the power of what these have to do in the real estate industry. It will open up the door to an incredible new experience of doing real estate between you, your sellers and your buyer and your clients. It’s a tool what we are incredibly excited to see how agents start using. So, if you are interested please go ahead an click on those other videos. If you’ve already seen those videos, we’re really excited about having more agents on board. We’re growing so fast, we’ll probably be closing the beta invite sometime hear early this year. So, if your interested at all go ahead and jump onboard to get that beta pricing locked in. We’re excited to have you onboard and we hope you have a great 2018!

OmniAgent is at the center of developing high quality professional proximity based marketing tools for the real estate industry. The world is getting smarter and real estate agents listing tools should get smarter too. We develop tools, strategies and products for real estate agents that what to adapt and evolve with technology trends.